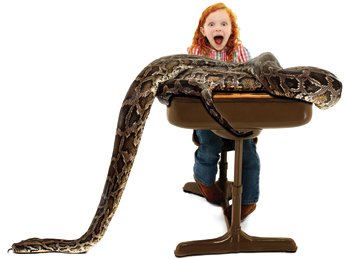 Aclassroom pet can help students learn about caring for another species, but is it the best way to teach?

“A classroom pet can be a great opportunity to teach children gentle behavior. Many kids take pride in caring for the pet,” observes Terry Manrique, now a professional parent coach in Columbus, Ohio, who earlier worked with children ages 5 and 6 at Little People’s Country, in LaGrange, Illinois. To prevent jealousy, students can rotate responsibilities for animal care in the classroom and during school breaks.

The ASPCA advises that the pet’s environment shouldn’t be stressful and care should meet its specific needs. For example, keep handling of an animal to a minimum, and then only with adult supervision. Provide food, clean water and basic veterinary care, including vaccinations and parasite control, grooming, exercise and social interaction. Diligence in finding and eliminating hazardous substances and situations is equally vital.

Susan Tellem, co-founder of American Tortoise Rescue, in Malibu, California, elaborates on her area of expertise—turtles and tortoises. “A tank isn’t a natural environment for a reptile and doesn’t allow enough room for exercise. It’s like asking a human to live in a bathtub,” says Tellem. She points out that they also need a proper diet and natural sun, not artificial light. 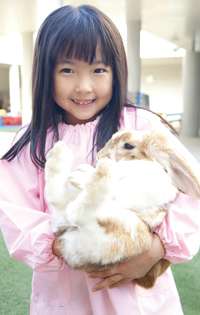 Tellum used to take rescued turtles for classroom visits until a particularly large specimen staged a protest to the unnatural environment by making a mess, tearing up school papers and posters. Tellem further warns that a turtle might bite (and not let go until the person relaxes) or pinch small fingers when retreating back into its shell. These days, she prefers to share an educational DVD that shows turtles at their best—in their own habitat. (Find more information at Tortoise.com.)

“Constant artificial lighting goes against the natural sleep cycle of an animal,” comments Veterinarian Amber Andersen, in Rancho Palos Verdes, California. “You can see it at shelters—dogs and cats are unable to achieve a restful sleep and become agitated.”

Too often, the responsibility for caring for a classroom pet falls on the teacher during holiday breaks and summer months. “We had a popular chinchilla that was usually nocturnal, but also made appearances during the day,” says Manrique. “Then one of the teachers brought her dog to school, which caused stress for the chinchilla. When a new student had an allergic reaction to the furry creature, we had to find a new home for him. Our next pets were fish.”

Manrique’s students have also secured fertilized eggs from a local farmer to watch them hatch before the chicks returned home to the farm. “When we had caterpillars that turned into butterflies, a fun field trip to the park became the official winged release party,” she says.

There is always the chance a pet might die during the school year. Parents are advised when a classroom pet dies and students have a classroom discussion to help them work through their grief. Lisa Cohn, co-author of Bash and Lucy Fetch Confidence, in Portland, Oregon, wrote the book with her son, Michael, after the sudden death of their dog, Lucy, as a way to help them deal with their sadness.

The Humane Society of the United States is not in favor of classroom pets. To avoid being vulnerable to predators in the wild, animals often hide symptoms of illness or injury. In captivity, that behavior can delay veterinary help. 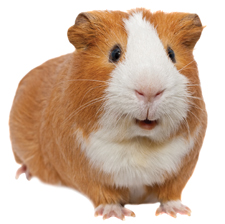 Before deciding on a classroom pet, consider life from the pet’s point of view—how loud is the class, how old are the kids, how much maintenance will be needed and how much space is needed for a proper habitat. There might be a better way to learn—and teach.

Contact Sandra Murphy atThis email address is being protected from spambots. You need JavaScript enabled to view it..

Birds—can be messy and noisy, bite when handled too much or roughly, are stressed by too much noise and can pass salmonella.

Chinchillas—nocturnal; need cool, constant temperatures of less than 85 degrees and don’t like to be handled. They need time out of the cage daily (subject to being stepped on by eager children) and require an allergen dust bath to remove oil from their fur.

Ferrets—emit a strong odor and have a tendency to nip.

Hamsters—nocturnal; poking can lead to a bite.

Iguanas—can grow to over six feet long and a tail-swiping can be painful; generally not friendly and have highly specific dietary needs.

Rabbits—don’t like to be handled, can bite or scratch; need a calm and peaceful environment to avoid potential stress-induced heart attacks. Dr. Clark Fobian, of Sedalia, Missouri, president of the American Veterinary Medical Association, says they require hay or grasses, fresh greens, vegetables and a highgrade pellet food, plus toys to prevent boredom and excessive tooth growth. 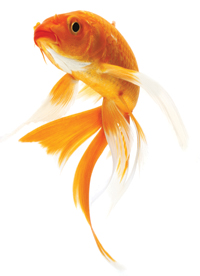 Snakes—can be aggressive during molting.

Turtles—need sunlight, specific diet and more exercise space than a tank can provide; salmonella may be transmitted through their drinking water or by touch.

Fish—relaxing to watch and easy to feed.

Guinea pig—larger than a hamster and more easily handled; need space to move around and another companion guinea pig. Fresh food, high in vitamin C, is necessary, according to Fobian. Mites can be a problem requiring a vet visit.

Read 3503 times
Tagged under
back to top