They Have Lots to Say If We’d Only Listen 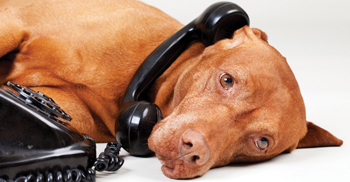 Some people talk to animals. Not many listen, though. That’s the problem.
~A. A. Milne, Winnie the Pooh

In less than 10 years, we’ll see a universal translator for communicating with dogs and cats, predicts Con Slobodchikoff, Ph.D., professor emeritus of biological sciences at Northern Arizona University, in Flagstaff. Just like language apps change, for example, a French phrase into English, the device would translate barks into “Put on Animal Planet,” or meows to “Feed me tuna.” Computers will foster better understanding between humans and animals.

David Roberts, a computer science assistant professor, and his team at North Carolina State University, in Raleigh, have received a grant from the National Science Foundation to develop a collar to send wireless instructions to dogs via vibrations. Multiple sensors return information about the dog’s heart rate and more, which is especially helpful for service dogs taught not to show stress or distress.

Even without such technology, we can all enjoy improved relationships with animals, domestic and wild, by learning to listen. Veterinarian Linda Bender, an animal advocate in Charleston, South Carolina, and author of Animal Wisdom, says, “We all have the ability to understand animals. It gets trained out of us around age 7. It’s not about doing, it’s about being, a connection through the heart.” Meditation quiets the mind from daily concerns, allowing us to stay open, listen and be aware.

Author Frances Hodgson Burnett captures the essence of this childlike sensibility in A Little Princess: “How it is that animals understand things I do not know, but it is certain that they do understand. Perhaps there is a language which is not made of words and everything understands it. Perhaps there is a soul hidden in everything and it can always speak, without even making a sound, to another soul.”

Animal Linguists
“Everyone is born with the power to communicate with other species, and although it is long lost for many people, it can be regained for the benefit of all beings on Earth,” says Penelope Smith, author of the Animal Talk and When Animals Speak book series. Meet colleagues of this “Grandmother of Interspecies Communication” via Tinyurl.com/AnimalCommunicatorsDirectory.

In Portland, Oregon, intuitive Melissa Mattern relates examples supporting Burnett’s premise from her own experiences. “My newest cat, Rocket, beat up my other cats and ran amok. Nothing helped until I took a class in animal communication.” She asked her other cats what to do.

“They were clear that I should have consulted them before bringing Rocket into the house,” she says. “I asked Rocket if he would like another home and the picture of a chef’s hat popped into my mind. When we found the perfect home for Rocket, the man was a chef whose only other pet is a turtle that lets Rocket sleep with him. Everyone is happy with the results.”

Charli, a 14-year-old pointer, travels the world with her family. Her owner, Cynthia Bowman, shares one of her favorite stories: “As we planned our move to Spain, Charli got ill. I explained, ‘We want you to go too, but if you can’t, tell me.’ A picture of a smoked ham popped into my head. I didn’t understand, but Charli got well and went along,” she says. “In our new Gipuzkoa neighborhood, a deli sells hams, just like I pictured. I can’t explain how Charli knew.” It becomes a matter of trust. “Thoughts or mind pictures can be easy to dismiss or mistrust as imagination,” she comments.

Nobody experiences magic unless they believe in it.
~Linda Bender

“Every species has something they do best. With humans, it’s problem solving and advanced thinking. We’ve separated ourselves from nature. We need to remember we’re all interconnected,” Bender says. “When we learn to tune into ourselves, be heart-centric and radiate compassionate energy, it makes us irresistible to other creatures.” 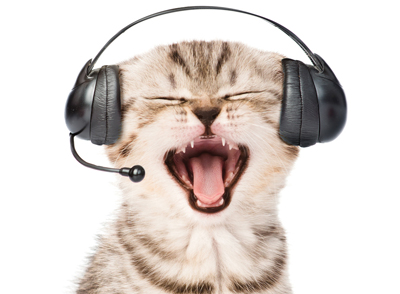 Wild animals communicate with David Llewellyn. As a writer of outdoor/nature blogs, he’s traveled full time in a 30-foot RV since 2002. “They don’t understand words, but go by what’s in your soul. I’ve picked berries with black bears and met a mountain lion and her two cubs along a trail without ever being harmed,” he says. “Often, hikers are told, ‘Make yourself look big and scream.’ I say ‘Hello,’ comment on the day and thank them for letting me share their space.” Staying calm is vital.

Bender agrees. Grabbed by an orangutan at a wild animal trafficking rescue project, “She twisted my arm and could have easily broken it,” Bender recalls. “Fear is picked up as a threat so I tried to radiate calm. It was intense, but she gradually let go. With animals, you attract what you give. Better communication means better understanding leading to improved behavior on everyone’s part.”

Communication and understanding among human, domestic and wild animals not only makes life more interesting, it can save lives.

Connect with Sandra Murphy at This email address is being protected from spambots. You need JavaScript enabled to view it..

Read 3194 times
Tagged under
back to top