Pet owners often ask if there’s an accurate, inexpensive way to test dogs for cancer before they develop clinical signs of it. A diagnosis early in the course of the disease is crucial for beginning effective treatment and better outcomes. Until recently, the answer to their question was no.

As a result, most owners have remained unaware of the problem until the cancer was well advanced and had spread throughout the pet’s body. While chemotherapy can help some pets, the treatment is unable to heal most of them due to the advanced stage of most diagnosed cancers, which typically already have been active for six to 12 months or longer.

Early diagnosis would allow both traditional and natural therapies to be more effective. In some cases, chemotherapy might not even be needed, because natural medicines such as astragalus, essential fatty acids, mushroom extracts, ginseng and green tea may be able to reverse the cancer at its earliest stages.

Fortunately, dog owners can now secure an accurate early diagnosis using a new blood panel costing less than $200, including lab processing, that enables veterinarians to detect cancer and other inflammatory diseases before a pet becomes ill. The tests provide valuable information about the dog’s health before overt signs of disease are observed, damage occurs and treatment options become more limited and expensive. Early detection tests for cancer in cats will be available soon.

The tests measure several aspects of cell irregularity, including abnormal cell division and systemic inflammatory activity, by detecting any increased levels of thymidine kinase and C-reactive protein in the pet’s body.

A study by California’s Veterinary Diagnostics Institute’s VDI Laboratory applying the new blood panel tests to 360 dogs followed their incidences of cancer and other serious diseases for up to a year. The researchers found that nearly all of the cancers that occurred were detected four to six months prior to the pet showing outward signs. Because the cancers were detected early and treated before the pet became overtly ill, costs to the pet owner were greatly reduced and the effectiveness of cancer treatment improved.

The new cancer screening tests, which are designed to be part of a routine wellness plan, constitute the most comprehensive single blood diagnosis available in monitoring overall canine health.

It’s just as important to check the vitamin D status of canine patients. Low levels contribute to increased incidence of cancer and infectious diseases, according to a study published in the journal Veterinary and Comparative Oncology. Supplementing vitamin D levels is easy and inexpensive and may help reduce the incidence of serious disease later in life. 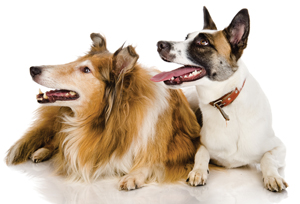 While the new blood panel tests have been shown to be highly accurate in early cancer detection, any test can miss it if the number of cancer cells is too small. Therefore, pets with negative test results should be retested every six months, while positive results prompt further diagnostic tests and initial treatment. Pets with cancer also benefit from these tests because they allow the vet to fine-tune a treatment plan and determine when a cancer may be coming out of remission.

The screening is recommended for all dogs 5 years of age and older. Only a small amount of blood is needed and results are available within a few weeks.

Shawn Messonnier, a doctor of veterinary medicine practicing in Plano, TX, is the award-winning author of The Natural Health Bible for Dogs & Cats and Unexpected Miracles: Hope and Holistic Healing for Pets. For more information, visit PetCareNaturally.com.

Read 2821 times
Tagged under
back to top